Dieter W. Liedtke was born on the 6th of July 1944 in Essen (Germany). He combines art, philosophy and research. Apart from him being an artist he is also an inventor, thinker, visionary, entrepreneur and author.

1963 he had his first exhibition in a bakery in Vienna. Since then he exhibited a lot of his work in different European countries and the United States. Amongst others in the Larchmont in New York, the Kaiserhof Gallery in Essen, the Alsterhaus in Hamburg, Karstadt in Dortmund, the Sheraton Hotel in Essen, in the Liedtke Museum in Virneburg, Essen Trade Fair as well as a special exhibition in San Gemini, Italy and the Liedtke Museum on Majorca.

Since 1986 Dieter W. Liedtke lives in the Port d'Andratx on Majorca. In July 1994 he opened the Liedtke Museum in the same town. In a museum building designed by him his work is exhibited.

A new approach to understanding, in other words the search for dialogue between the different peoples and their religions becomes vivid through his work and the exhibition "Universal code". Liedtke's special interest is for research and the encouragement of creativity. His concepts are aimed to supersede social and economical problems by means of increasing human creativity, so it will be possible for every human being to live a self-determined life in dignity.

1999 he founded the non-profit foundation Fundacion Liedtke, which operates the Liedtke Museum and is dedicated to encourage the development of creativity in the population. Liedtke also acted as idea generator for various projects, e.g. the art fair "Art Forum Berlin" and the world exhibition "Expo 2000" in Hannover. Apart from his work as an artist he developed patents and product of everyday use, e.g. the principal of audiovisual marketing nowadays in use worldwide. He is the inventor of the "Hairmatic 2000", which was promoted to be a cult product of the seventies by Franz Beckenbauer and using video promotion in department stores. His newest inventions are focused on epigenetics, media and renewable energies. 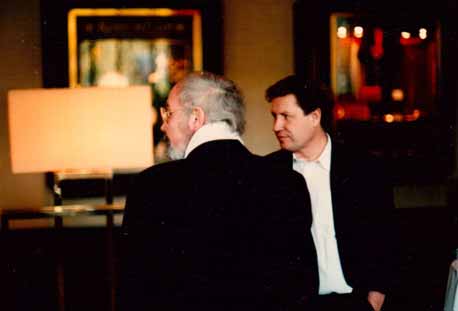 Harald Szeemann once described him as inventor-artist being quintessentially creative. Also in a press conference held on the 7th of June 1999, Szeeman described Liedtke himself as an artwork (see also "Spinnerpotenz", DIE ZEIT, 15.07.1999). Time and again Liedtke develops innovations by his artwork, which anticipates the result of research results by years.

In the past the person in charge of the "art open" was described by various sources as an evolutionary and doer (compare WAZ, 16.01.1999, "Der Evolutionar als Macher" by Wulf Mämpel,, as well as KUNSTZEITUNG, 1998, "Evolutionär").

Dr. Thomas Föhl, director of the Weimar Art Collections writes: "Based on the method of conducting scientific research by means of art and philosophy, lost since the renaissance, Liedtke is the first artist after almost 5 centuries to once more achieve art and research results of the highest quality." In his work Liedtke documents research results, which are only produced by leading natural scientists years later.

Through his work Liedtke furthermore developed the theory (mid 80ies) that genes and genetic programs are controlled by information and can also be switched on or off.

In 2000 Eric Kandel receives the Nobel Prize for medicine. The research results of Eric Kandel prove that perceptions arouse new neuronal cross-links in the brain. With his paintings, sculptures and Theory of the Sandpit Model (set forth in his book "The Consciousness of Matter", 1982) Liedtke anticipated the results of Eric Kandel's research. 1983 the Museum of Modern Art New York included the book "The Consciousness of Matter" in its documentary of contemporary art.

Liedtke's intention is not to reach the elitist circles of art with his exhibitions. He rather tries to help shaping art as a process and encourage the neuronal cross-linking and development of society by exhibitions in venues of public life. He has organised his exhibition in fair halls, department stores as well as a lorry street museum.

At the behest of Joseph Beuys Dieter Liedtke developed a graphic formula enabling everybody to recognise the history of art and its artworks as an illustrated epistemic way to boost one's own neuronal cross-linking and to take the creativity stored in its artworks into one's cognitive skills just by looking.

From 1994 he developed the concept of the "art open" art exhibition for fair halls. By means of 1,000 original artworks from Stone Age to this day he wants to make art as an epistemic process accessible for a larger population. The "art open" took place in the Essen Trade Fair in 1999 and was open day and night; the entrance was free. Liedtke managed to win numerous companies as sponsors for his project and at the same time convinced many directors of museums as well as international art historians of the formula. Among other things the formula was validated by the art historians Prof. Dr. Harald Szeemann, Prof. Karl Ruhrberg, Prof. Dr. Friedmann Schrenk and Prof. Niklas Luhmann, who later cooperated in the "art forum".

Many museum directors have examined Liedtke's formula in terms of its art historical correctness and found it correct and revolutionary. The "art forum" was also supported by the lending of valuable artworks. Thus a few museums lend up to 70 art historical works or also key works of art history (amongst others: Tretyakov State Gallery, Moscow; The Russian Museum, St. Petersburg; Poland's National Museum in Krakow; Bundeskunsthalle Bonn; Hessisches Landesmuseum, Darmstadt; Von der Heydt Museum, Wuppertal; Weimar Art Collections of the Klassik Stiftung Weimar and the El Greco Museum in Toledo). 1999 the exhibition was closed for partly dubious reasons only five days after opening its doors. 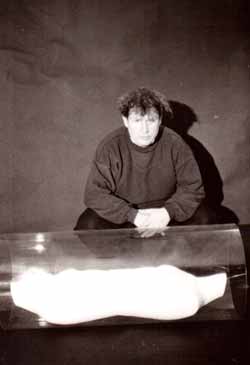 Liedtke predicts for the future an ethical, evolutionary capitalism that will allow the world's population to live longer with creativity, wealth and health without the exploitation of man and nature. He knows that only with museums and art historians can he accelerate the process of ethical development. Liedtke also sees his projects as conceptual art in public space, which helps to recognize and utilize creativity in the broader society as food.

At the moment Liedtke works on two exhibition projects. On one side the permanent worldart exhibition "art open", which exhibits in an own art open Liedtke Museum over 1,000 artworks (from Stone Age to this day) decoding their innovations. On the other side the exhibition "Código Universo", a touring exhibition with a choice of 220 of his works, following the idea of epigenetic encouragement of creativity by the dissolution of mysticism in medicine, biology, life, matter, the universe, the creation, in order to further open the gates towards the already begun age of creativity with the formula and art (Understanding by seeing) for the width of population on a global level for a new ethic society.

The more we live for others, the happier we live.

Series From the perspective of God 1986
Concept for the Liedtke Museum
Series Art formula: Life / Experienced Innovation / Creativity = Art
Graphic art formula and exhibition
Marking system of art
Image Series Living forever, DNA and epigenetics
Exhibition in Italy: images from the perspective of God
Concept for the evolution exhibition (art from the Stone Age until today) art open, in which the Código Universo is used for the first time
Opening of the Liedtke Museum in Port d'Andratx
Realization of the evolution art exhibition art open
Theory about the meaning of the works of art in the caves of the Stone Age
Theory about Stone Caves and Stonehenge as geneprogramming places of worship
Evolutionary theory in which some of his previous theories are linked to an evolutionary theory of cognitive systems. Here he proves that pictorial insights can increase creativity and reprogram genes.
Publication of the evolutionary theory of cognitive systems
Opening of the art open in Essen on 23,000 m2 of exhibition space with over 1,000 original works of art.
Closure of the art open for political reasons
Publication of the book Art Formula Lexicon
Development of the Event Museum of Concrete Evolutionism for the understanding and application of art and creativity
Publication of the art open catalog
Development / implementation of art open-creativity-promoting-MCST seminars
Beginning of the building design of museums of Concrete Evolutionism
Development of multimedia concepts and products for cinema, TV, print, radio, internet and schools for the promotion of creativity.
Picture Series Peace
Conception for an art exhibition in the concrete evolutionism with integration of historically important works of the exhibiting countries, which in connection with the art formula and in the context of genprogrammierenden findings, the works of art from the Stone Age until today, the creativity and intelligence by optimization of the neural networks at the visitors open lay and promote.
Book Code Liedtke
Picture series sandpit model
Planning for the construction of the innovation factory and the first museum in Concrete Evolutionism.
Book prosperity through culture
Purchase of the old chocolate factory Zetti in Zeitz
Book The World Formula
Concept development of the hotel Innovationsfabrik Zeitz with innovation museum
Image series Prosperity through culture
Epigenetics, Celts and placebo
The Leonardo-Liedtke code
The wait
The media code
Series of images The observer of the watching observer
Development of the Global Peace Campus
10 patent applications for free use
Development of the Internet project Gen Clean and aimeim
Renovation of the Liedtke Museum
Book completion Código Universo
Image series Prosperity
Book Presentation Código Universo
Development of Globalpeace Campus Project